Monday August 29th you will be in the

Commonwealth of the Bahamas 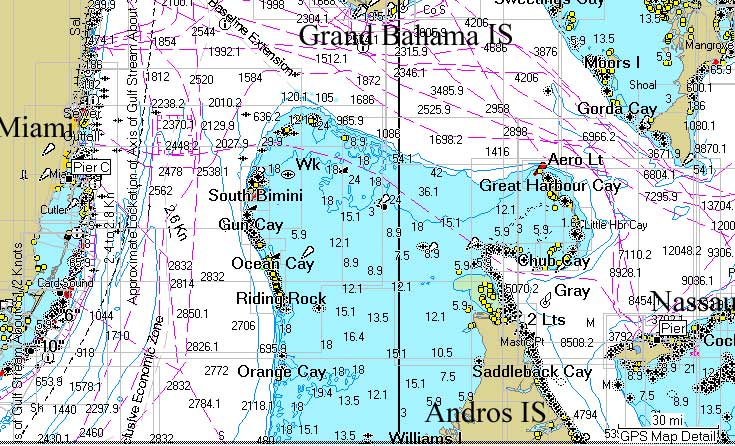 The Bahamas 'Golden Age of Piracy' was home to Blackbeard, Henry Morgan, and Anne Bonney. These and other Pirates ran these islands for 75 years. Click on Pirate name above to see pirate.

The 2000 census disclosed that the population of The Bahamas totaled 306,611, with 155,896 females and 147,715 males. Ninety percent of the total population lives on New Providence where the Capital, Nassau is located, Grand Bahama and Abaco. New Providence has 69.9 percent of the population, Grand Bahama and Abaco with 15.5 percent, and 10.3 percent are scattered on the remaining islands and cays.

The original inhabitants of The Bahamas were Arawak Indians, who had migrated through the Antilles from South America. Within a few decades after Columbus landed on San Salvador in 1492, the Spanish had depopulated the islands by shipping the peaceful Arawaks to slavery in the mines of Hispaniola and Cuba, where they died by the thousands.